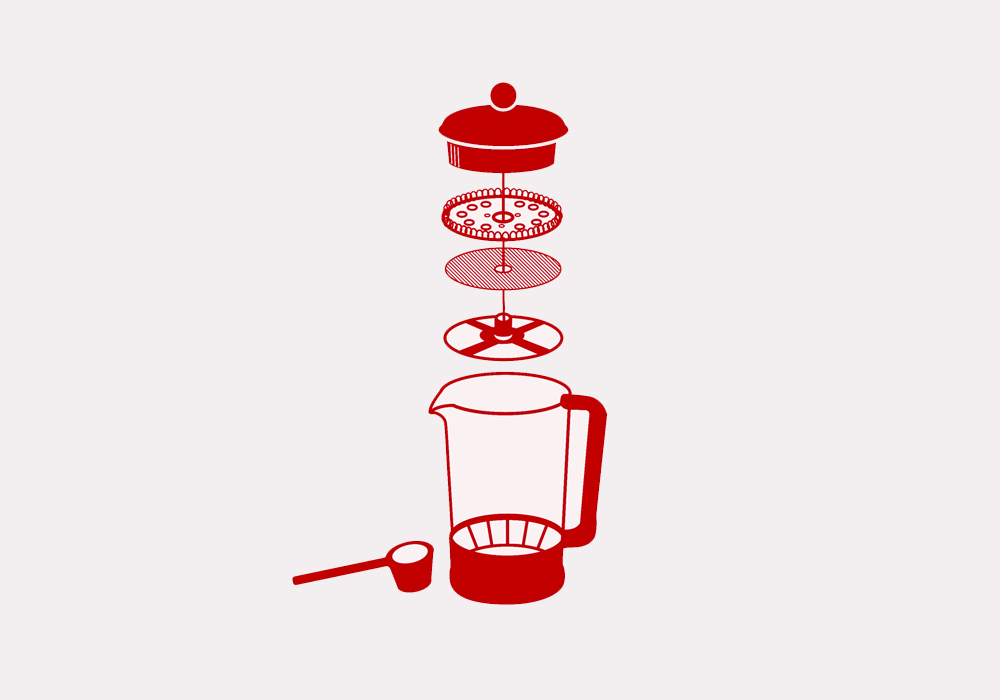 The French Press is one of the most popular coffee brewing methods in the world.

While it’s not mandatory to know the underlying mechanics behind the French Press, it is recommended if you want to keep your french press in good shape.

Many times, one of the parts of my french press has gone loose, and had no idea how to assemble it and it was so frustrating.

That’s what I want to help you with today.

No coffee lover should get frustrated at their coffee maker, right?

In this article, we will go over the parts of a french press and how they work together to give you the perfect cup of french press coffee.

What Is A French Press?

A french press is basically a coffee maker that looks like a tea pot with a plunger.

It is mainly composed of two large parts: a container and a plunger.

The container is typically made from heat-resistant glass or heat-resistant plastic with a spout on the front of the upper rim for easy access to your coffee.

You put coffee in it, boil water, pour the coffee over the grounds in the pot, and watch it create a marvelous soft drink.

How Does A French Press Coffee Maker Work?

The short answer is water, coffee grounds, and a filter. But there’s a little more to it than that.

Ground coffee is placed in the cone and water, heated to approximately 200 degrees Celsius (392 degrees Fahrenheit), trickles through it.

The grounds are then filtered as they exit the press, producing coffee that has been extracted from its solids (the coffee grounds), as well as from its dissolved oils and minerals that were originally present in the beans.

A fine mesh screen can be used to provide further filtration of any particles left behind after the coffee has been pressed.

This is sometimes used to separate the press cake from the extracted coffee if desired.

The plunger is operated to create pressure which forces the brewed coffee through the filter and out of the spout.

The coarser the grind on the coffee beans, the higher the pressure will be required to push all fluid through.

The fine grind results in a higher proportion of dissolved solids in both coffee and drink, due to finer particles trapped within these solids.

A coarser grind will result in higher amounts of sediment, while the fine grind will produce almost zero.

What Are The Different Parts of a French Press??

Here it is: a french press parts diagram made just for you. Now let’s look at one component at a time.

The plunger knob is the top thing among all the parts of the french press that you press down to filter your coffee.

The plunger works by exerting force on the grounds and forcing them to separate from the water.

If you’re paying attention, you’ll notice that as the plunger descends, it also pushes up a rubber gasket at its bottom (the gasket’s job is to keep grounds from creeping up through the bottom of the device).

The plunger is fitted with a rod, which pushes up the gasket as it is pressed down.

The filter is the part of the french press that separates the coffee grounds from the liquid.

It comes in two pieces (a top and bottom) and it screws onto the beaker.

As you can see in this picture, there are tiny holes in this filter, which allow water to seep through, but which prevent grounds from escaping into your coffee mug.

The plunger rod is the part of the french press that pushes down on the grounds and forces them to separate from their water.

It fits into a hole at the bottom of the plunger knob and it pushes up a rubber gasket as it goes down.

The rod and gasket work together to keep coffee grounds from creeping up through the bottom of your device.

The screen is the part of the french press that separates your grounds from your coffee.

It fits in between the filter and the beaker.

It has tiny holes which allow water to seep through, but it blocks grounds from escaping into your drink.

The filter cross plate is the part of the french press that’s responsible for separating your coffee grounds from your drink.

It fits over the filter, and it has tiny holes in it, which allow water to seep through, but which block grounds from getting through.

The cross plate also works with the plunger to create a full seal around your grounds, which keeps them from creeping up.

The filter holder is the part of the french press that provides support for your filter or screens.

It is the part of the press that screws over the top of your filter, and it is usually screwed on by hand.

The filter holder doesn’t really fit all that tightly – it’s designed to be loose enough to make sure your filters don’t collapse – but not loose enough to let grounds through.

The screw mechanism is the part of the french press that attaches the spout and plunger to the plastic column.

8. The Glass or Stainless Steel Beaker

The beaker is the part of the french press that holds your brewed coffee.

Made of borosilicate glass or stainless steel, it is usually transparent and permits you to easily see how much coffee you have brewed.

It is placed in the top of the device, underneath the filter cross plate.

You have also another type of french press that’s made of stainless steel.

It’s a little bit heavier than the glass french press, but it’s a lot sturdier and less likely to break under pressure.

To not burn yourself, every french press comes with a sturdy handle.

Some people prefer to pour their coffee into their cups while they’re still hot, while others just want to get it out of the device without spilling any.

If you use your french press for espresso drinks, you will need a stainless steel handle.

The spout is the part of the french press that allows your drink to be poured out.

The spout will usually be secured by a screw or plastic ring, and it is designed to fit securely on the top of the device.

How To Clean A French Press

The French press coffee maker is not that hard to clean.

It may take a little time for those of you who are new to all this coffee stuff!

You can use warm water to clean it, or you can simply remove the parts of the device that come in contact with coffee grounds and let them soak overnight.

It takes less than twenty minutes for a coffee press to dry completely.

If you are concerned about the calcium buildup in your coffee press, be sure to rinse all parts properly before storing them away.

You will also need to clean your filter before you put them away.

Use a damp cloth to clean the filter and gasket, and simply let it dry before storing it away.

If you want to make sure that your french press will last for a very long time, you will have to be very careful with it.

It is not recommended that you wash your device in the dishwasher or the washing machine, because this may break it or cause other problems.

Also, you should not put it in the microwave, because this may damage it or create heat stress.

If you want to be sure that your french press will last for a very long time, you will have to be very careful with it.

Make sure that you clean it after each use. This will ensure that your device will last a very long time.

Also, make sure that you store your device properly away from harsh weather conditions and high spaces in your house.

Hope you have learned something in this little french press presentation.

The parts of a french press are designed to create a leak-proof seal while eliminating the chance of grounds escaping into your cup.

Cleaning your french press is not that difficult, but it does take some time.

As long as you are spending time cleaning and caring for your french press, they can stay for a very long time. 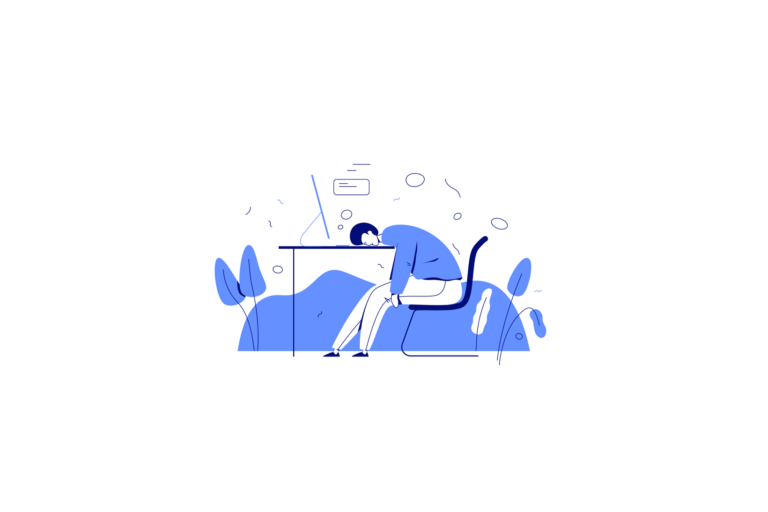 This post may contain affiliate links. As an Amazon Associate and a partner of other brands, I get a small commission if you purchase through my links, at no extra cost from you. Like most coffeeholics, one day I found myself asking the question most coffee addicts dread to ask themselves: why doesn’t coffee wake… 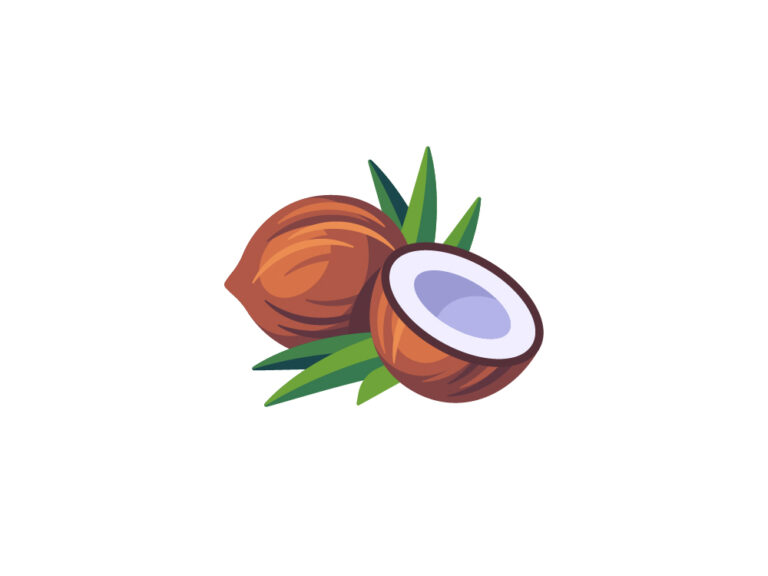 This post may contain affiliate links. As an Amazon Associate and a partner of other brands, I get a small commission if you purchase through my links, at no extra cost from you. Have you heard of putting coconut oil in coffee? It’s pretty trendy among health-conscious people these days. Doctors and nutritionists are praising… 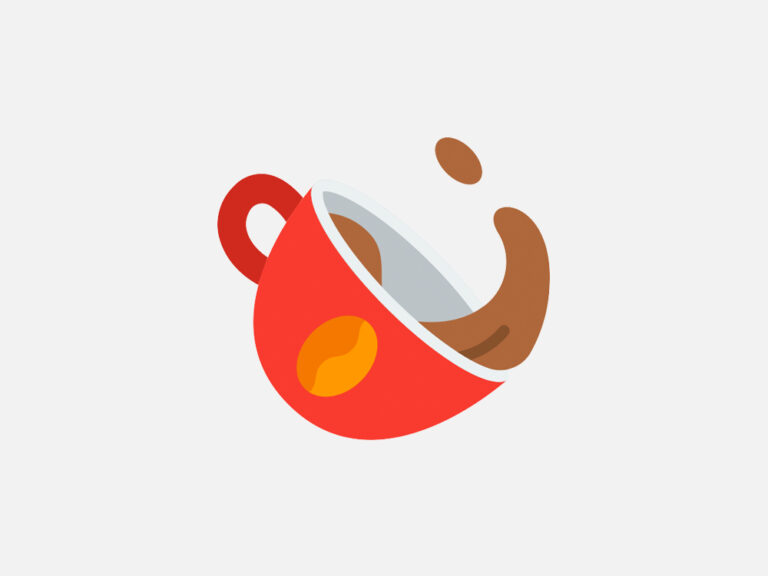 This post may contain affiliate links. As an Amazon Associate and a partner of other brands, I get a small commission if you purchase through my links, at no extra cost from you. So, you’re on a diet or you just don’t want to gain weight and this question is popping up in your head… 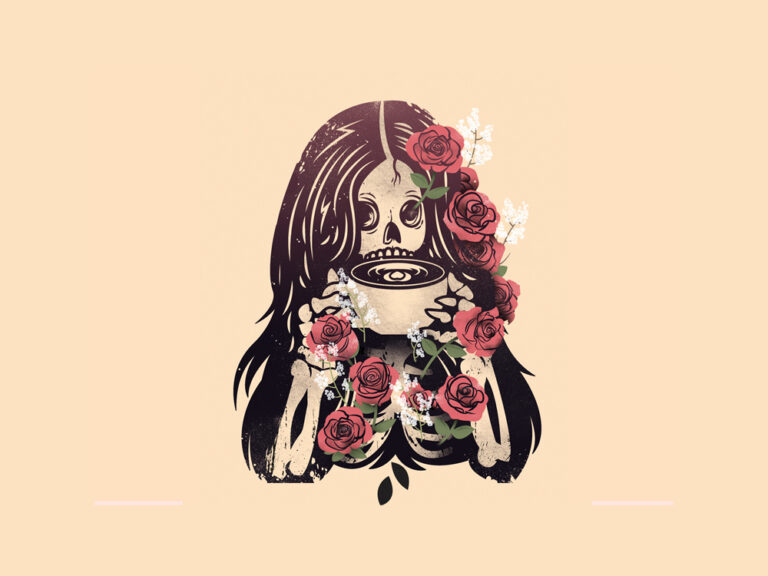 This post may contain affiliate links. As an Amazon Associate and a partner of other brands, I get a small commission if you purchase through my links, at no extra cost from you. Most people have a vague idea of how much caffeine in a cup is safe. However, if you want to know how…